The trading record in Ethereum is visible to everyone by default, if the arbitrageurs read the real-time trading in the memory pool, they could design arbitrage models which cause a great loss to general users.

For example, the red marks the arbitrage robots, which monitored the trading broadcast of 13 ETH, therefore it finished 70 ETH transaction in advance. After 13 ETH transaction is completed, the robots just sold the token with net cost of 70 ETH, in the price of 74 ETH and gained profits 4 ETH. However for the trader with 13 ETH, if he sells his token now his profit will be less than 13 ETH, the profit loss will be obtained by the robot, and all of those actions are undetectable. To avoid being tricked by arbitrage robots, the latest version of MathWallet supports private trading.

Private transactions are only visible to the pool and will be not broadcast onto other nodes.

How to set up private transaction?

Click Me – Settings – Node Setting – Ethereum and select Taichi Network then save. 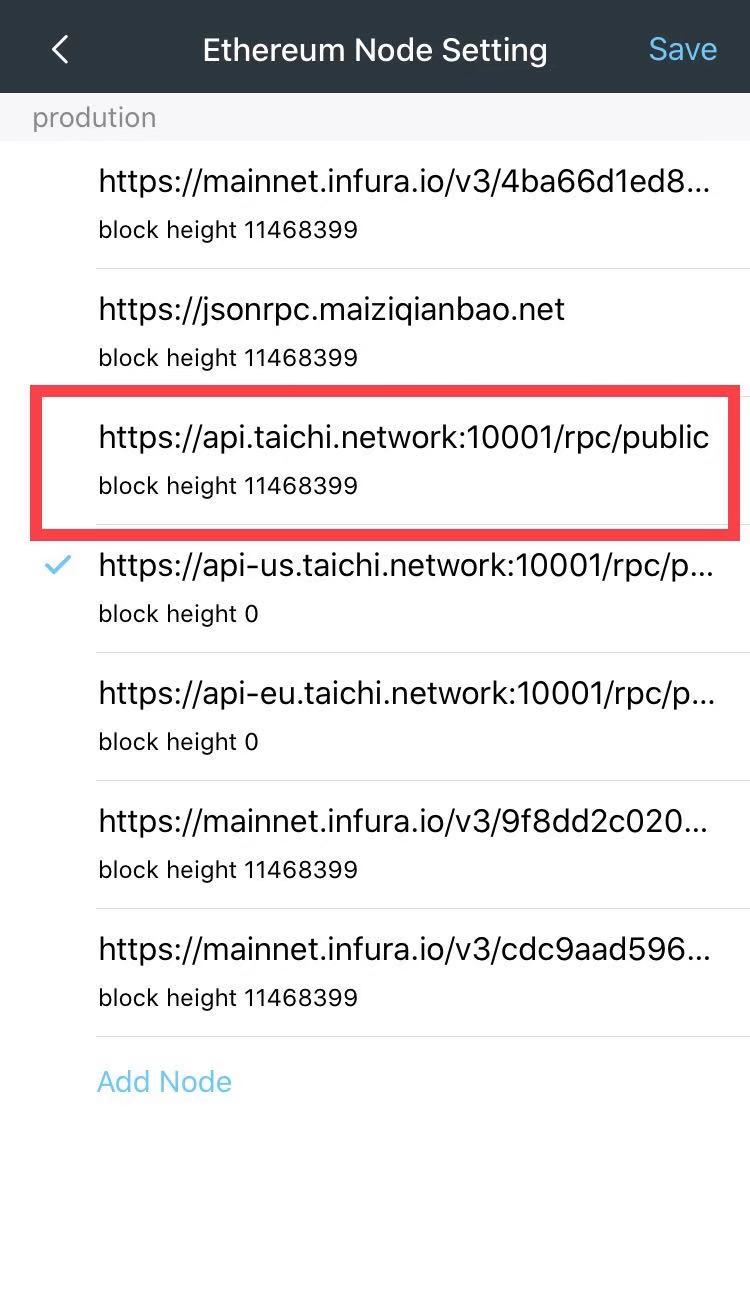 After the setting all transactions will be conducted privately, which can effectively reduce the risk of arbitrage. If general transaction needs to be restored, just switch to the original node.